Is it really Monday again already ? 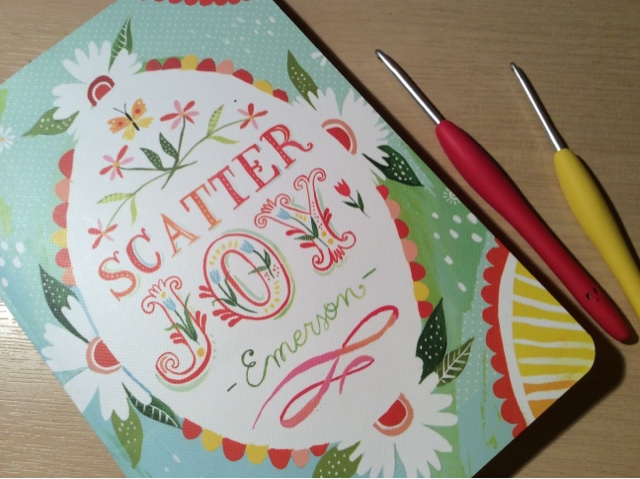 The last week has whizzed by. I flew over to Northern Ireland on Wednesday last week, until Sunday, as my Dad's not 100%, and I've just heard today that my Mum's taken him into hospital and they're keeping him overnight. Keeping my fingers crossed that he's ok.

I must admit it was quite nice to have some child-free time, on the way over this was what I did at the airport at lunchtime .... 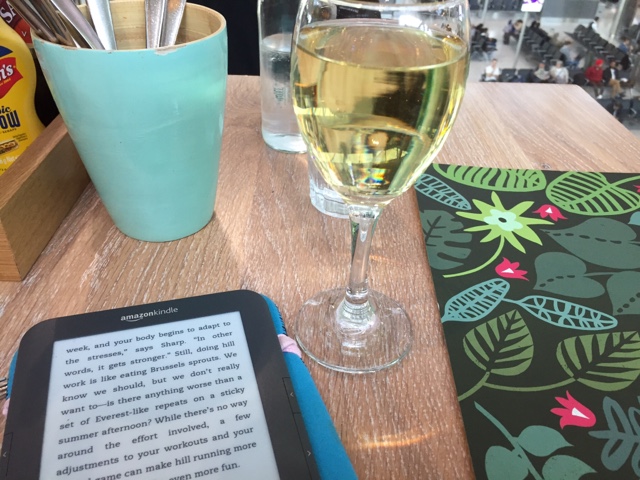 I took my green blankety crochet with me, and my pile of green squares is growing, albeit veeeeery slooooowly .... 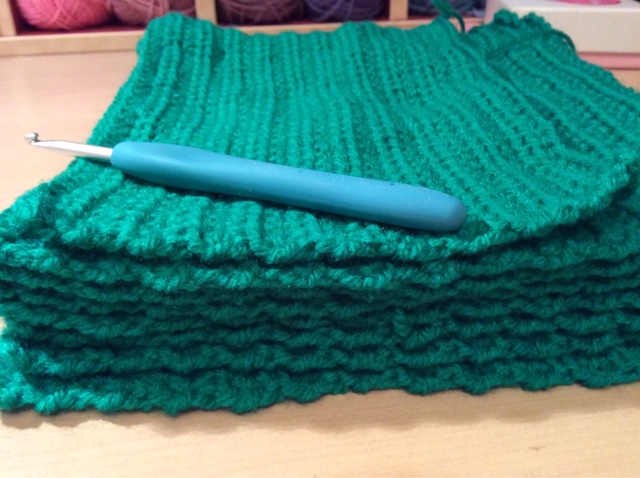 To be fair they are quite big squares but I do need to get a move on if I'm going to get this one finished, as the customer has ordered a second one as well. That will keep me busy for a while.
So of course now is an excellent time to be starting yet another blanket project. Not. But this is one I couldn't resist. On the blog The Crochet Crowd (http://thecrochetcrowd.com) I found the idea of a temperature blanket (http://thecrochetcrowd.com/crochet-temperature-afghans/). 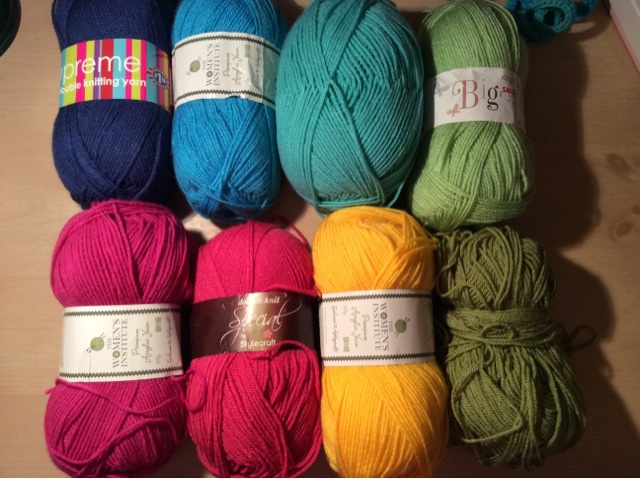 The idea is you crochet a row, or square, or whatever, each day to reflect the temperature that day. I've divided the typical temperature range in my part of the world into 8 mini-ranges, and assigned each mini-range a colour .... our temperatures don't fall much below zero and rarely go over 30 deg C, so my mini-ranges (in deg C) are as follows ....

You can see in the middle of my next photo that I've done a couple of rows, I could start from today but being the OCD control freak that I am, I am backdating to the 1st of January so that at the end of December I will have a lovely blanket reflecting the temperatures for the whole year. 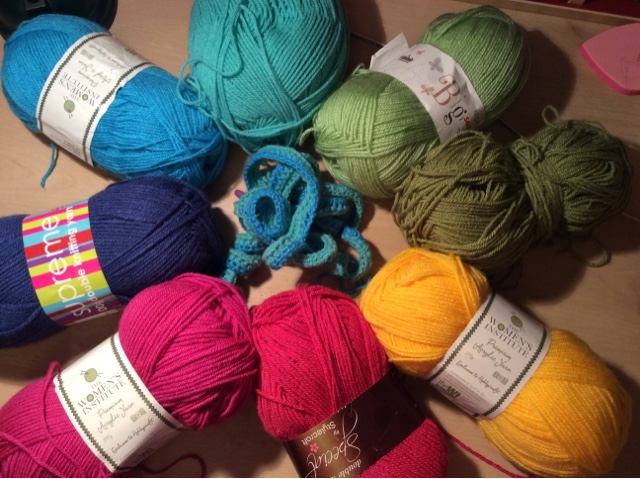 Other yarny news is that I acquired (ie offered to rehome at a small cost to myself) this little lot of baby wool. With the exception of the glittery one, which is so scratchy I wouldn't want it next to my skin never mind a little baby's, they are all beautifully soft. I'm fairly sure I'm going to do a baby blanket with it. 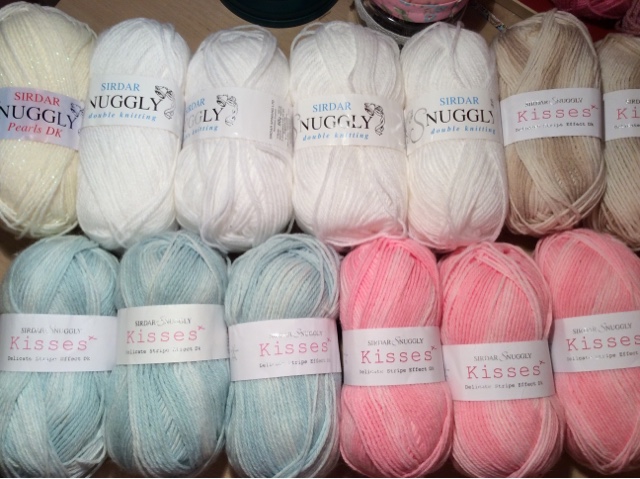 And finally for today I had a lovely surprise earlier today. While I was picking the Little Peeps from school the lady who does fundraising for our pre-school approached me. She told me that their Easter Fayre is coming up and that every year they "give" a table to a charity, ie the charity can sell stuff for their own fundraising and doesn't have to pay a fee for the table. Anyway at the meeting they were voting for which charity to give the stall to, and they voted for me, for my National Autistic Society fundraising pot! So I'll be doing a stall at the pre-school Easter Fayre :) Better get cracking on stuff to sell then I guess!!!
Posted by Jill at emeraldcottage at 19:33