Er, yes, you are absolutely right, I am several weeks in posting this .... but never mind :)

Let's just get on with the reviews shall we. In March my 3 planned reads were:
12 Years a Slave by Solomon Northup, Definitely Dead by Charlaine Harris, and Run or Die by Killian Jornet. 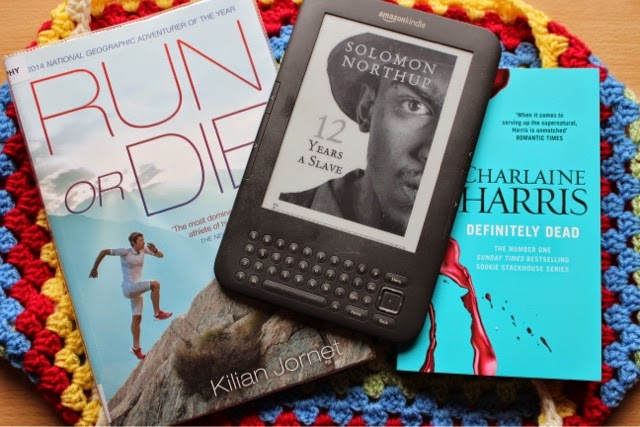 I started off with Kilian Jornet's Run or Die. I must admit I was a bit disappointed with this. I really enjoy reading tales of men and women who undertake extreme challenges - a great example of this being Cheryl Strayed, whose book "Wild" I read last month (http://emeraldcottage.blogspot.co.uk/2015/03/a-year-in-books-2015-february-march.html) and really enjoyed. Sadly Run or Die wasn't as inspiring. Yes, Kilian has run a lot of extreme distance races, and for that I applaud him, but a writer he is not. The book was only mildly interesting, more like a series of race reviews, which were all a bit samey, and with occasional brief interludes about his childhood and how he became an extreme runner. The book meandered around, and so I think, for me, it just lacked direction. Sorry Kilian. Fair play to you for all the running though :) 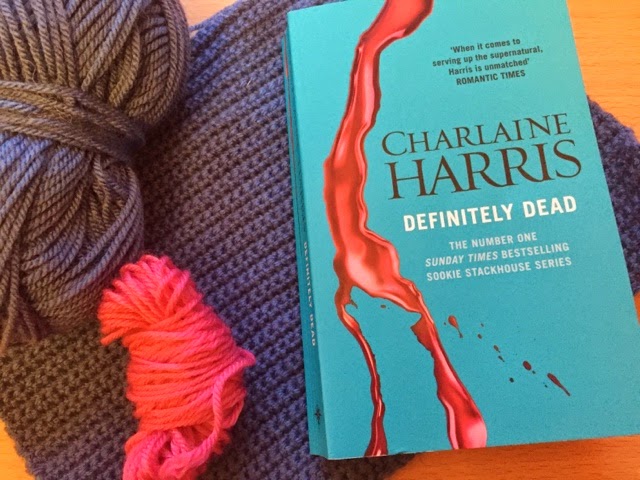 Next up was "Definitely Dead", the 6th book in the Sookie Stakhouse series by Charlaine Harris. You'll know from my previous reviews that the Sookie Stackhouse books are kind of silly, fun, supernatural vampire frivolity. I've enjoyed all the books immensely, however with Definitely Dead I do have a mini grumble. In this book the author refers back to events which happened, chronologically, between the previous book, Dead as a Doornail, and this one. Events which were not included in either book. I spent ages flicking back, wondering if I'd missed a chapter, then I thought I had missed an entire book, and finally I turned to Mr Google who told me that the intervening events had been included in a short story that wasn't considered part of the series. What ???? Eh ????? To be fair it's possible that the short story was by a different publisher or something, and so couldn't be referenced in the main books, but, whatever the reason, it was bloomin' annoying. Luckily I found the short story "One Word Answer", again by asking Mr Google, and I was able to read it online, thereby filling in the gaps. Otherwise, Definitely Dead was as much silly, vampire, nonsene, fun as usual. I thoroughly enjoyed it :) Just don't say I didn't warn you about the extra story. 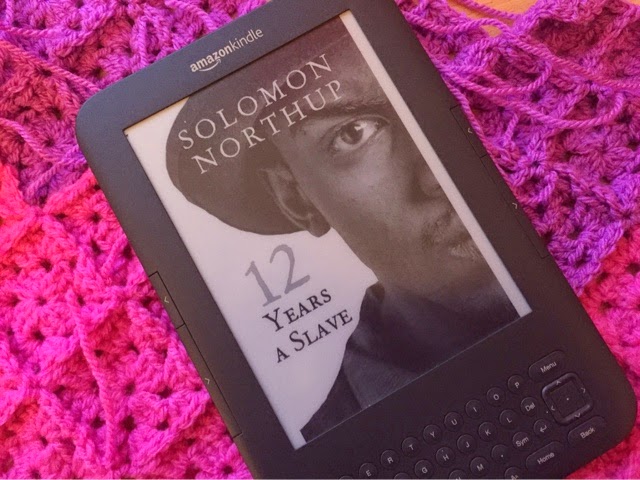 Finally, I read "12 Years a Slave" by Solomon Northup. I knew that a film had been made of this and I really wanted to read the book first. What I didn't realise was that the book was written in the mid 1800's and is the true memoirs of Solomon Northup's own experience. Knowing that now, I feel, well, stupid, to be honest. I had thought that the book was a work of fiction only based upon fact, and when I started reading it I really didn't like the olde-worlde language in which it's written. How completely ignorant do I feel now, realising that the language is reminiscent of a time gone by because it was written in a time gone by. Anyway, so now that I've got that sort of confession out of the way, I can talk about the book. What is there to say..... It's amazing in a terrible, awful way. Solomon Northup was born a free man, in New York state, but was essentially kidnapped as a young man, and sold into slavery. The desperate events that happened to Northup, and of course many many many others like him, are just unbelivevably cruel, harsh, unfair, merciless. There aren't words to describe the atrocities that slaves endured. I'm ashamed to say I've never taken the time to think about the real lives of slaves and how appallingly they were treated. I know that makes me sound like a modern day spoilt brat, I don't think I am, well not any more than the average person, but this book was a real eye-opener. Of course I've always thought, known, that slavery is just plain wrong, but I had no idea how bad things really were. Once I got used to the language and style of writing, I couldn't put this book down. I was so desperate for Platt (as Solomon was renamed) to escape from slavery and be re-united with his family. Having read the book I'm not sure that I want to see the film. It won't be a light-hearted movie, that's for sure. 12 Years a Slave is one of those books that I think everyone should read. It's very humbling and I'm thankful every day that I have the freedom that Solomon lacked for such a large part of his life, for no other reason than having different coloured skin. 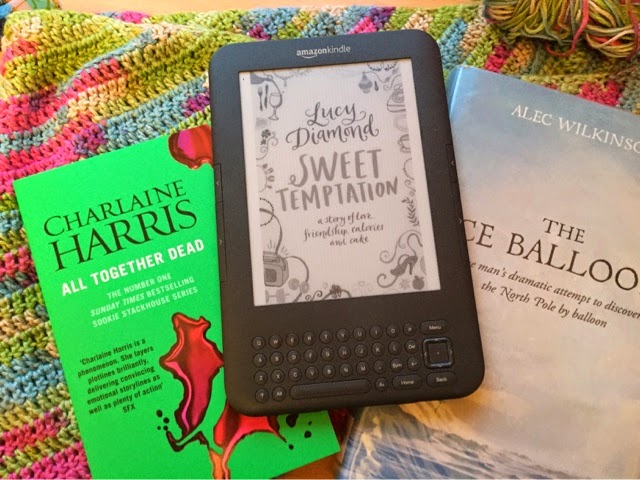 In April (what's left of it!) I'm planning to read (and have indeed made an excellent start upon) The Ice Balloon by Alec Wilkinson. This is the story of S.A.Andree, the swedish explorer who, in the late 1800's, attempted to be the first man to fly a hot-air balloon over the North Pole. Slightly bonkers, right ?! Then of course there will be the 7th Sookie Stackhouse book, "All Together Dead", another supernatural romp I'm sure :) And finally my kindle choice for April is Lucy Diamond's "Sweet Temptation"; the front cover describes it as "a story of love, friendship, calories and cake", I'm hoping for a light-hearted easy read.

That's it for now, see you soon for April's reviews, erm, next week I suppose :)

xxxxxxxxx
Posted by Jill at emeraldcottage at 19:43