One of my favourite things about a new baby (aside from the fact that it was someone else who had to go through the whole pregnancy and birth thing, and the new born cuddles and the basic miracle of life) is the opportunity to crochet a blanket! Yay! This time the blanket is for my friend's new baby, Jack. My friend is a very close friend, she was one of my bridesmaids, and her husband (then fiancé) was one of our Best Men (we had two!). 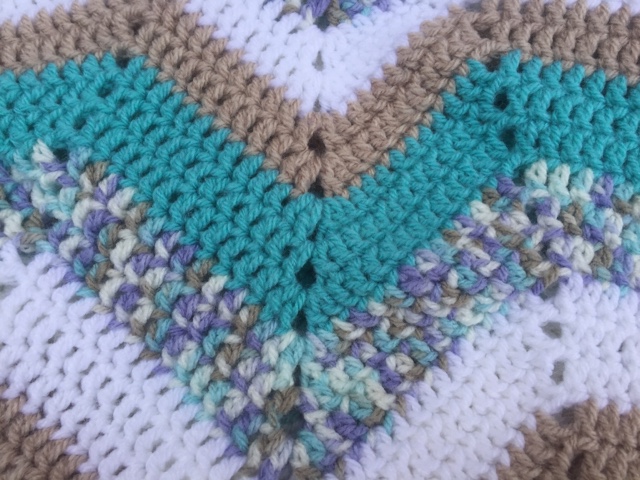 I've seen a lot of star blankets around, and I reckoned one of my million magazines must have a pattern for one, so I spent some time leafing through them (SUCH a chore lol) and found one in this magazine ..... 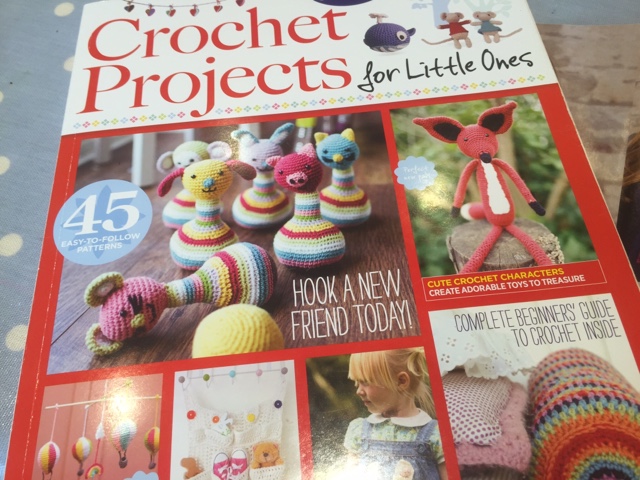 It's really more of a book - perhaps a bookazine ? - but made by the same people who make Inside Crochet. They had this pattern for a 12 pointed star blanket, called the Celeste Nursery Blanket. 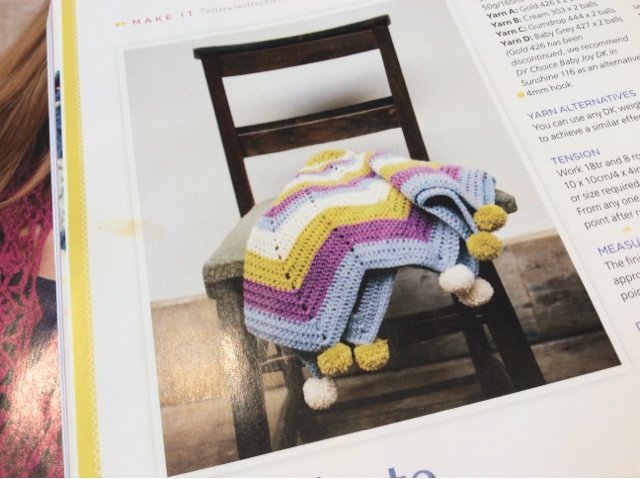 It was a fun make and easy make, the pattern is basically a ripple pattern but done in the round and increasing every row. 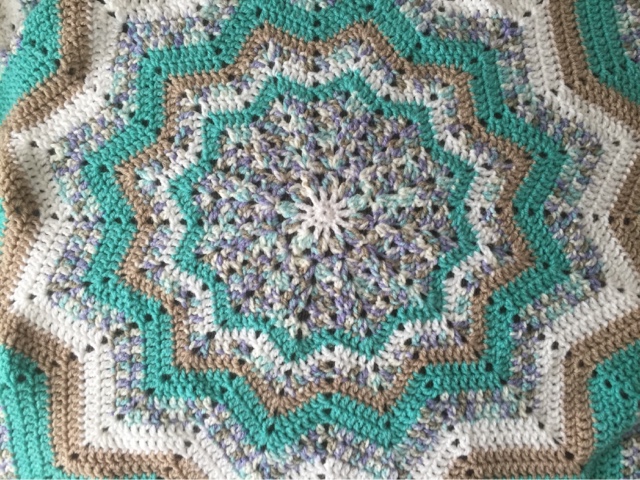 The original pattern had a large pompom on every point but I don't really agree with pompoms on baby things, so I decided to add a crochet trim that looks like mini pompoms. The pattern for the trim this one from Once Upon a Pink MoonOnce Upon A Pink Moon. 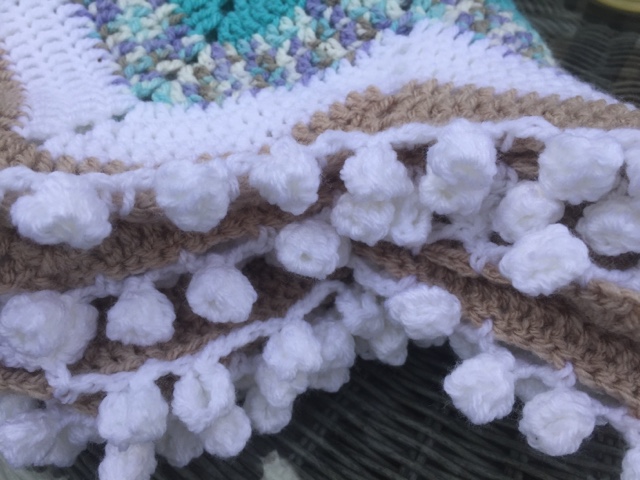 As you can see each mini-pompom is really just a popcorn/bobble style stitch, much safer for a baby. 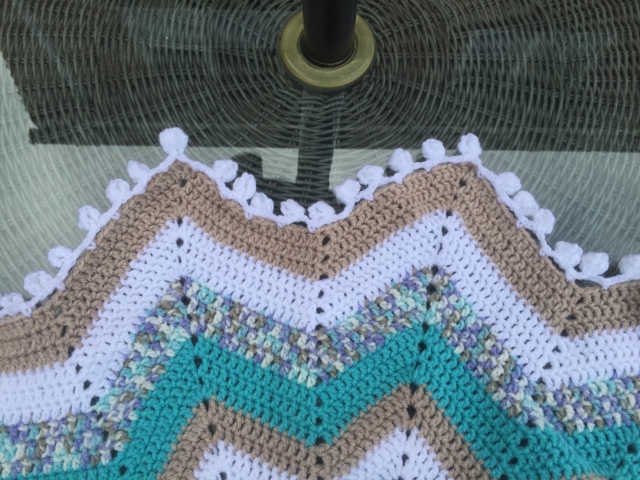 The yarn was from my stash and was a mixture of random DK from different manufacturers, and I've chucked the labels away already so I can't tell you what they are, sorry. 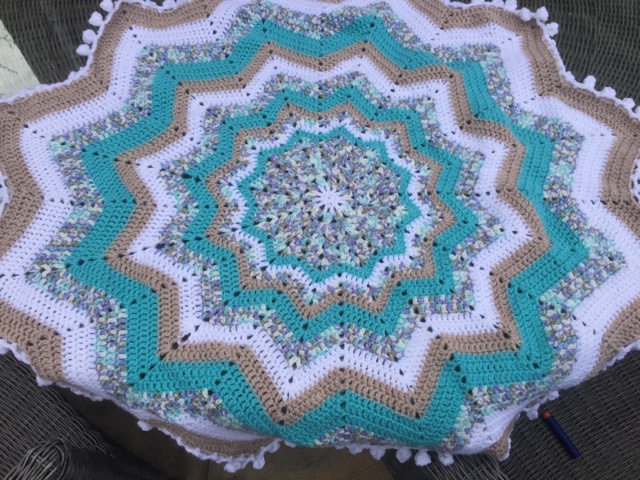 I took some pictures outside today as the light inside is so poor. 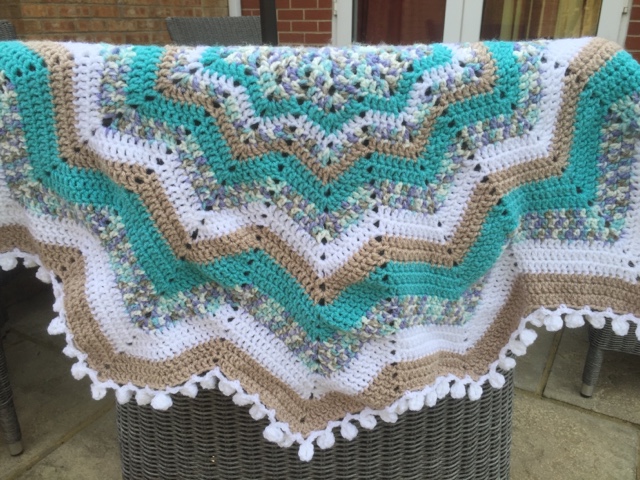 But we had to come back in for a shot of the full thing, and that was an exercise in speed and efficiency as Pixie the puppy was desperately trying to keep the blanket for herself! 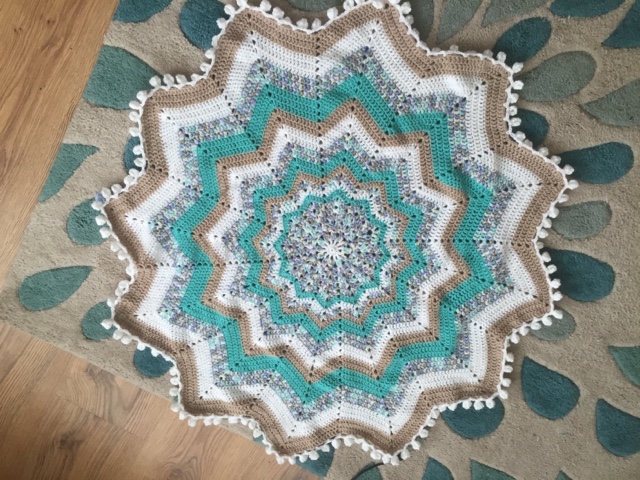 I'm looking forward to delivering the blanket to Jack and his Mummy this week, hope he likes it 😀

Posted by Jill at emeraldcottage at 19:01