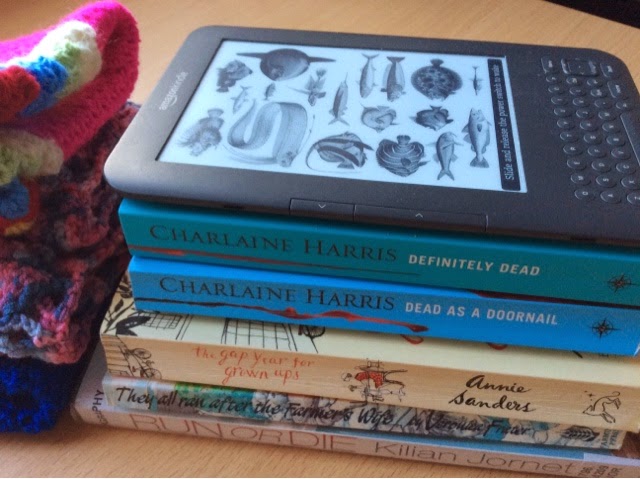 February was a bumper month for reading. We spent a few days away, so in addition to the 3 books I'd planned to read, I squeezed in another couple. Five books in one month?! Better keep the reviews brief then. 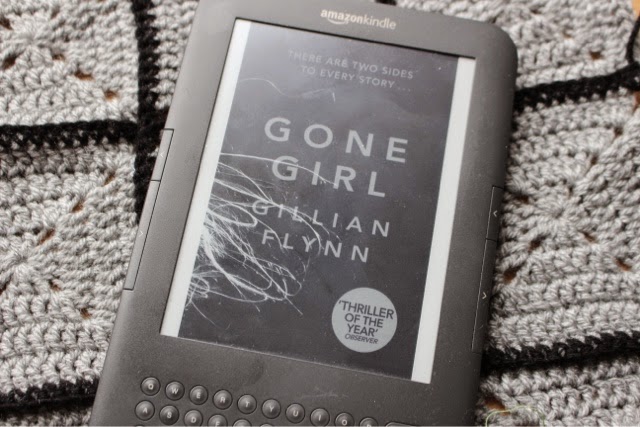 I started February with Gone Girl by Gillian Flynn. This seemed to elicit various responses when I mentioned at the end of January that I'd be reading it, so I wasn't sure how I'd find it. It's a funny one. Funny peculiar, not funny ha-ha. I struggled a little to get into it, but I found myself wanting to keep reading, so there must have been something there. None of the characters were particularly likeable, there were no heroes to root for, or victims to empathise with particularly, and I do find that hard in a book. But I really, really wanted to find out what happened, and actually I raced through the second half, I thought it really picked up in pace, and was a great story. If you like the whodunnit genre, then give Gone Girl a go. Interestingly, the night I finished it hubby and I watched the film. The film was a very condensed version of the book, as is usually the case (except for The Hobbit - how did they stretch that to 3 films ......?) however it captured the essence of the story quite well, and both main characters were well portrayed. Read the book first though! 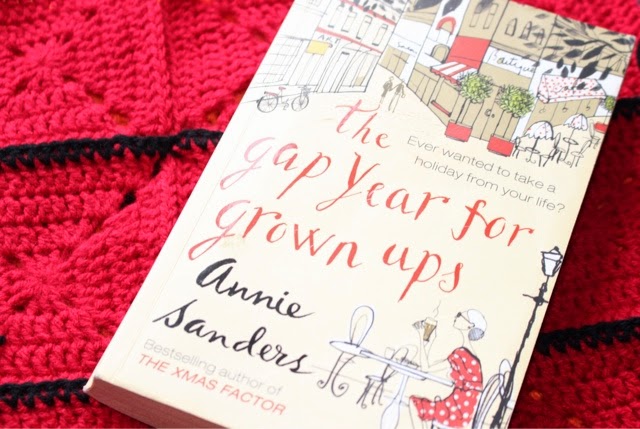 The Gap Year for GrownUps by Annie Sanders was my charity-shop-book choice for February. I don't usually read all of the blurb on the back of books in case it gives too much away, so to be honest, I felt a bit let down by this story. Sarah is having a bit of a mid-life crisis - she is bored with her (very, I have to say, irritating) husband, she sort of temporarily leaves him and, more selfishly, their two children, who I must admit are at Uni, and runs off to stay with her old college friend in France. Now, to me, that is not a gap year. That is a nice long holiday. My idea of a gap year is backpacking round Thailand or trekking in Chile. How Sarah gets on in France is very light reading, but the relationship between Sarah and her daughter Claire is the far more interesting sub-plot. It's a complicated relationship; Claire is devastated when (in her eyes) her mother abandons her, and the book would have been much meatier if it had focused on this relationship alone. Anyway. I'm always reluctant to give up on a book, so I did finish it, and it was okay. But just okay. 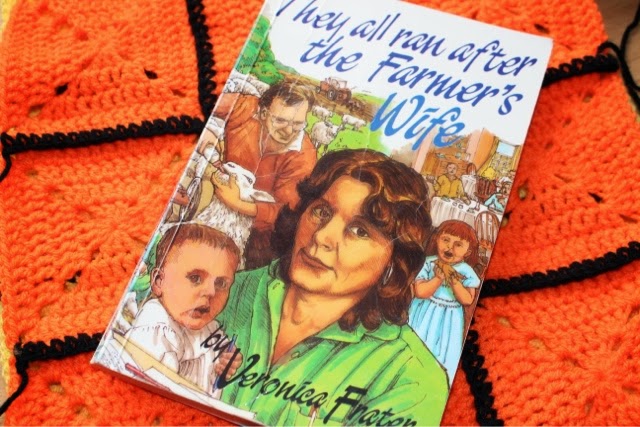 They All Ran After the Farmer's Wife by Veronica Frater was one of my "extras" last month. This is Veronica's account of life as a farmer's wife, told through the farming year, starting in January. Veronica's husband runs a farm - with Veronica's not infrequent help - with the usual sheep, cows and chickens, and to supplement their income, Veronica runs a holiday home and a B&B business. Oh and they have 6 children. Yes, 6. Clearly they are bonkers. Veronica seems to never be stressed or agitated and appears to flit from disaster (flooded kitchen) to disaster (herd of cows escaped) with good grace and tremendous humour. I'm sure in real life it isn't like this, but it makes for a most enjoyable read. The book is a bit like a series of anecdotes, or at best short essays, and once you realise that there isn't a lot of flow, and that that doesn't matter, its brilliant. Great fun and guaranteed to raise a smile. 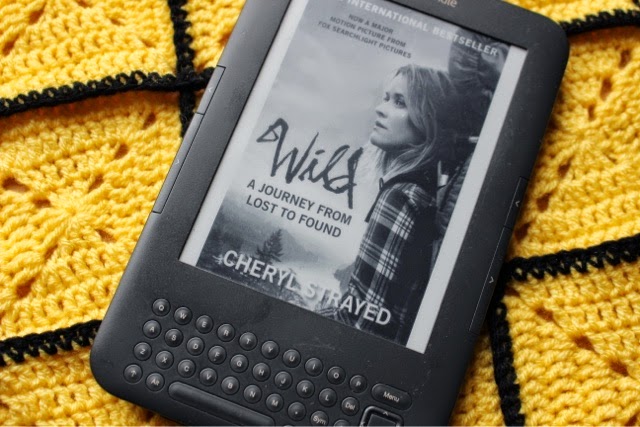 Another extra in February was Wild, by Cheryl Strayed. This was my favourite of February's books. I really couldn't put it down, and all the reviews I'd read about how great it was were certainly accurate. Wild is a true autobiographical account of Cheryl's journey of discovery, in every sense. Cheryl has had an usual upbringing, and more recently had faced a lot of trouble in her relatively short life - she was 26 at the time of her story. After a chain of mostly unhappy events, and largely on a whim, Cheryl decides to hike, alone, the 1000-odd mile Pacific Crest Trail. It's a trail that runs north along the west coast of the United States, from the Mexican border, to the border with Canada. Naturally, this is no mean feat even to an experienced hiker but Cheryl has undertaken no training, indeed she barely even knows how to fasten her backpack. What starts out as a book following a young woman on a long walk, very quickly becomes a lot more. We really feel Cheryl's despair at what her life had become, and the agonies, both physical and mental, that she struggles with on her journey. Cheryl's story leaves you with feelings of gratitude for a stable home life, admiration for her for setting out on this journey, and also, a strong desire to do something Really Big yourself. Cheryl, I take my hat off to you. 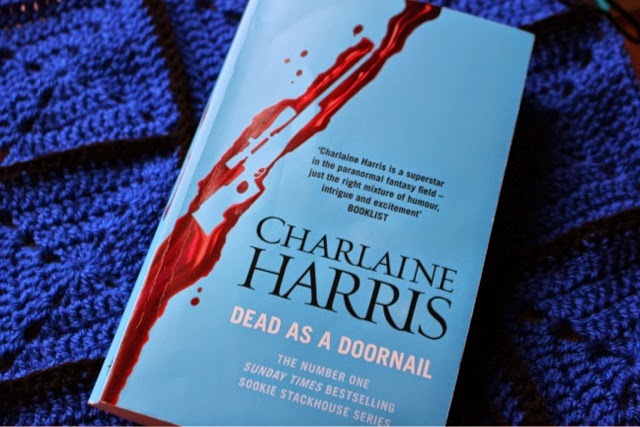 My last book this month was Dead as a Doornail by Charlaine Harris, book 5 in the Sookie Stackhouse series. If you've read my other Year in Books 2015 posts, you'll know I am reading one of these a month. Each book introduces various supes (supernaturals) including vampires and werewolves, and poor old Sookie is always at the heart of a heap of trouble. Dead as a Doornail does not disappoint, with lots of supernatural goings-on, and Sookie, as ever, only narrowly escaping serious injury or death. Silly, and fun :) Now to my choices for March.
First I'm planning to read Run or Die by Kilian Jornet - "The inspirational memoir of the world's greatest ultra-runner". I'm hoping it gives me a much needed kick up the you-know-what to get me running again. I use the word "running" very loosely. Next I've chosen Solomon Northup's Twelve Years a Slave. This is another one I've had on my kindle for a while, and I'd like to read it before seeing the film. I suspect some bits of it will be hard going, so after that, I'm planning to read Definitely Dead - Charlaine Harris' next Sookie Stackhouse book. I had initially intended to read it first in March, straight on the back of Dead as a Doornail, but I think the Run or Die hoped-for inspiration is a bit more urgent :)

Joining in with A Year on Books hosted by Laura at Circle of Pines
Posted by Jill at emeraldcottage at 15:56