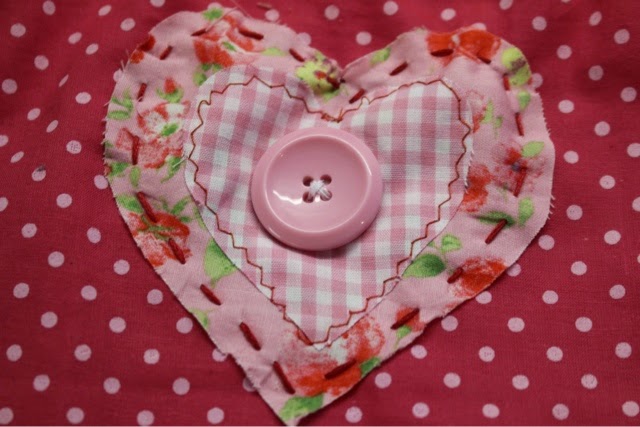 This weekend was really damp and gloomy - great excuse to stay in and get crafty :) Little Miss was going to a birthday party on Saturday afternoon. Oh to be a 10 year old girl again - go to your friend's house, mess about with craft stuff, have your nails and makeup done, eat crisps and cake, and go home with a goody bag, sweets and more cake. We were just giving the birthday girl a gift voucher -  very unexciting but apparently would be very gratefully received - so I thought we should include some sweets just for something to unwrap - so naturally I had to make a little bag to put them in.... 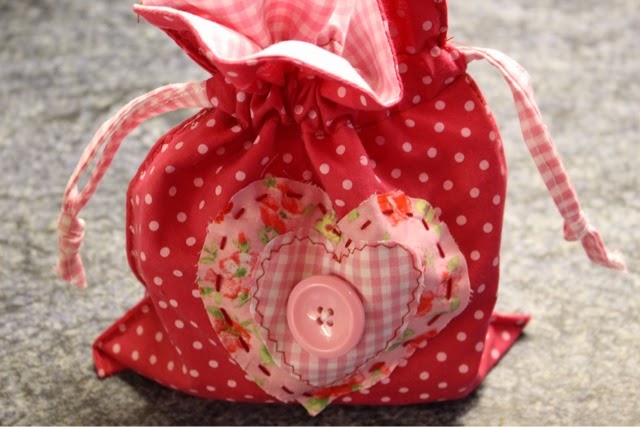 Once the fabric was out I decided to use a bit more to make a pincushion .... 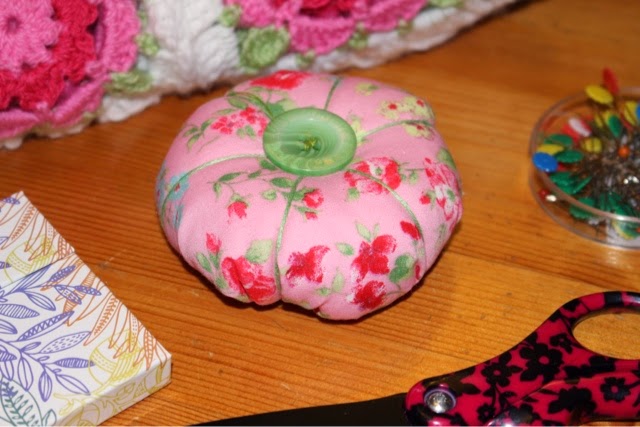 My helper added the pins. All of them. In one colour per section. Ah she is like her mother, we do like an orderly pincushion. 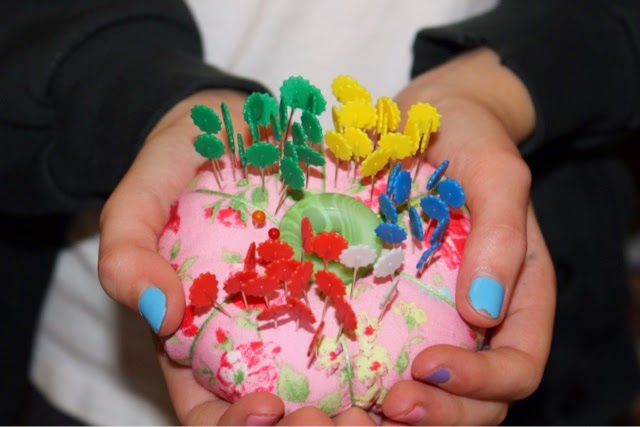 I have loads of flowers left from the Rose Blanket (http://emeraldcottage.blogspot.co.uk/2014/11/rose-blanket.html), annoyingly they have 8 petals, not 6, so can't be as easily arranged together without big spaces in between. But 3 in a row make a perfect hair band accessory. 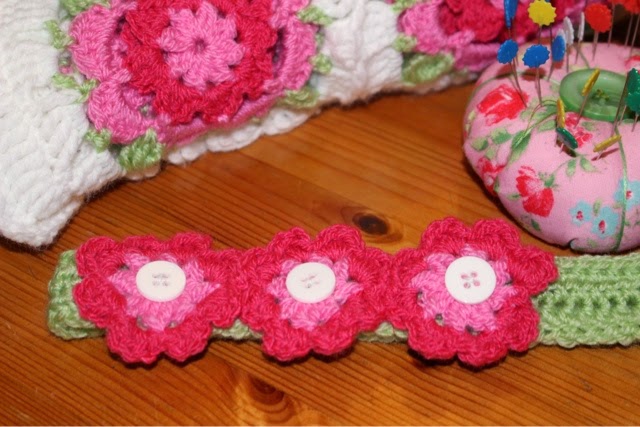 I crocheted a hairband for them in the apple green that I'd used for the leaf detail of the blanket - which is making a sneaky appearance above, look.

The band was a row of foundation double crochet to fit round Little Miss head, and then two or three rows of half-trebles, then the two ends joined together, and some button embellishments added. 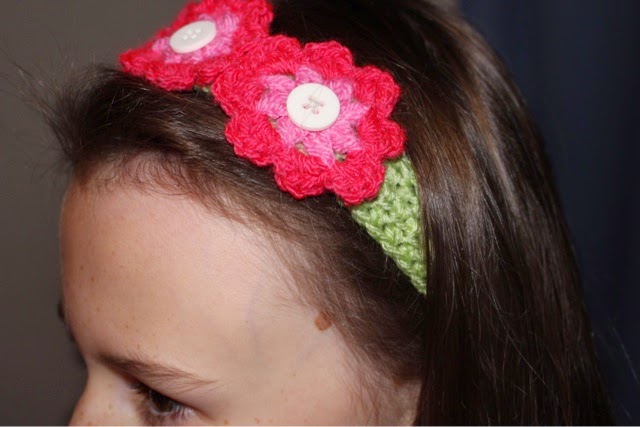 I still have loads of flowers left, more headbands coming I think :)

However next crochet job is to wave my magic hook and turn this lot into a bag .... 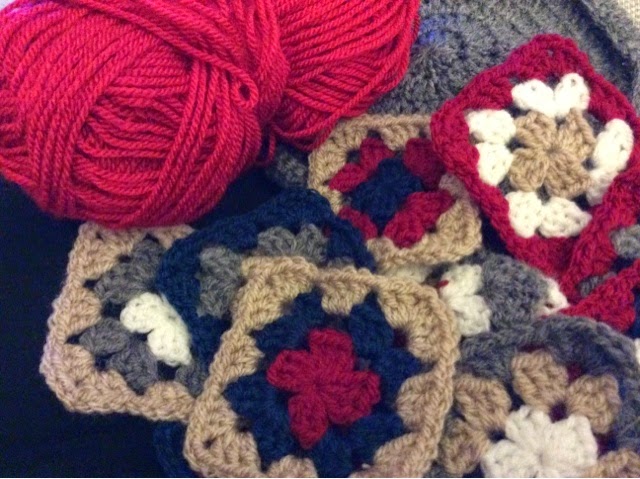 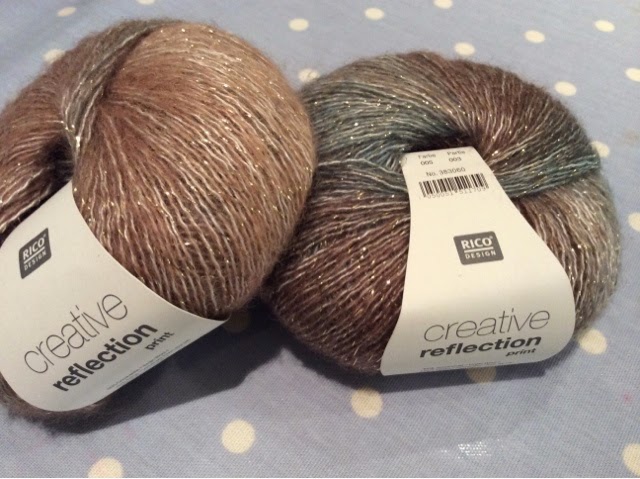 I'm starting a new embroidered picture soon, just working out the colours and pattern. It's going to be a cross-stitch version of the name-plaque of the villa we've stayed in in Florida. It's my friend's villa and her birthday is on Christmas Eve, so it's a joint birthday-Christmas present. Really loving choosing the colours .... 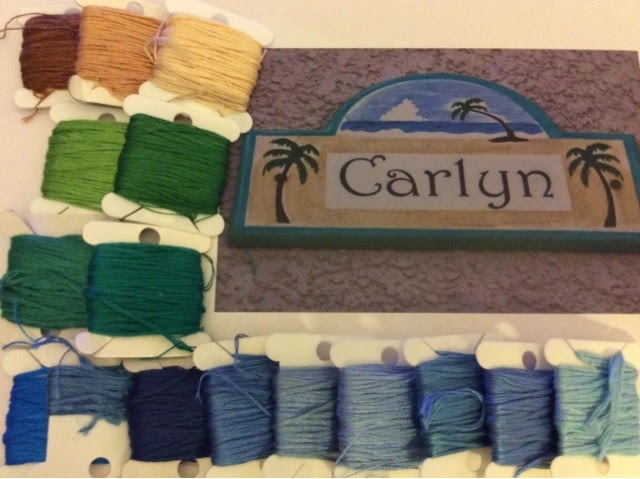 I must be in a cross-stitch mood these days because I've also just started a kit that Little Tomboy chose in a sale a few months back. Can you guess what it is ? 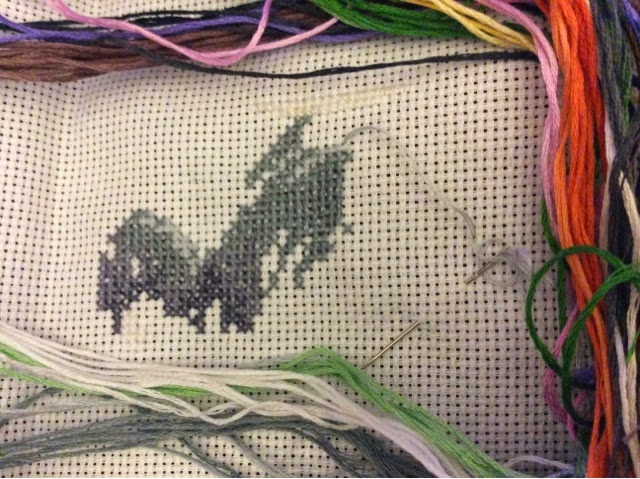 Hope you all have a lovely week :)
xxxxxxxxx

Posted by Jill at emeraldcottage at 21:50