I can't believe there is only one full week of the school holidays left, its gone sooooo fast. We've had a great summer though: I was in Northern Ireland in our holiday house for a month, with Little Miss and Little Tomboy - MrEC and Mr14 joined us for the last 2 weeks.
Our holiday house is in a little town called Donaghadee, which is close to the town of Bangor.
(There is also a Bangor in Wales, so don't be confused, I am talking about Bangor Co. Down). The photo below is Bangor Marina which always looks really pretty but appearances can be deceptive - it is often really really windy. 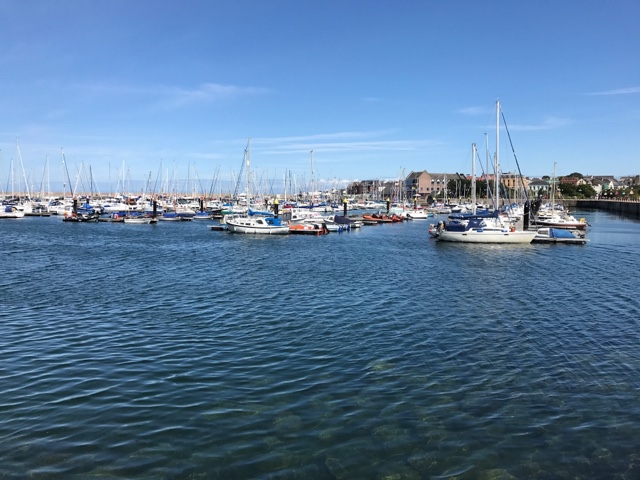 Close by the marina is the Red Berry Cafe, we often go for lunch here, they serve lovely salads, though the kids prefer the waffles with cream, chocolate and marshmallows - can't think why !!!?!!
In NIreland it's all about the bread: soda bread, potato bread, veda bread, and - best of all - wheaten bread. Wheaten bread with proper butter is aMAZing. Don't confuse it with soda bread. Soda bread, though also amazing, is white, very soft, and tends to be baked in a circle and served in quarters which we call soda "farls". Wheaten bread is brown, much rougher, made with wholewheat flour and oats, and with added treacle for the colouring. It is often baked in a loaf tin so it can be easily sliced. Soda bread is gorgeous toasted with butter and jam, wheaten bread can be eaten the same way but is a marvellous accompaniment for soup or smoked salmon, or as the base of an open prawn sandwich. Actually all this talk of wheaten bread is making me crave some - you can't buy it easily in the south of England, so I guess I'll have to make some! Watch this space for another post ... 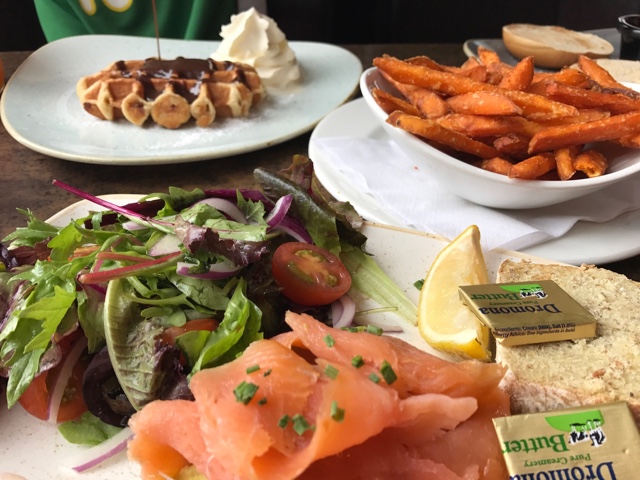 We were amazingly lucky with the weather, and had loads of lovely days out. As we are National Trust members we visited Mount Stewart a couple of times. Normally we walk around he lake there, but this time we chose to go in the opposite direction towards the Temple of the Winds. You can see the view of it on approach up the hill. 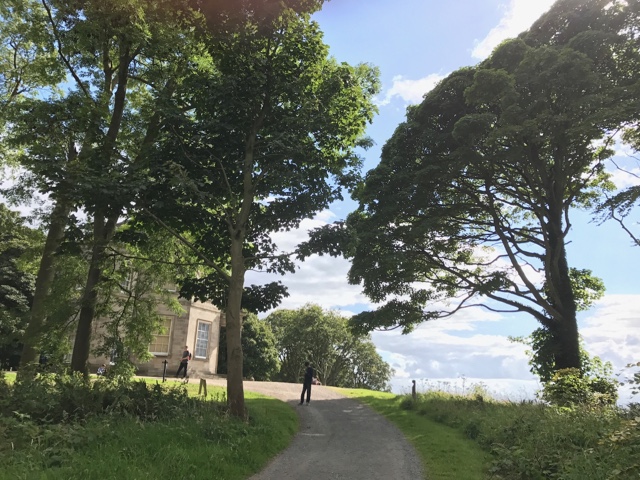 Mount Stewart House dates back to the mid 1700's, and the Temple of the Winds was added later in that century by the then owner, Robert Stewart, 1st Marquess of Londonderry. The Temple of the Winds is so called as the design is based on the "temples" in the Meditarranean seen by Robert Stewart on his tour of Europe, and as you can imagine its location at the top of the hill, is quite windy. 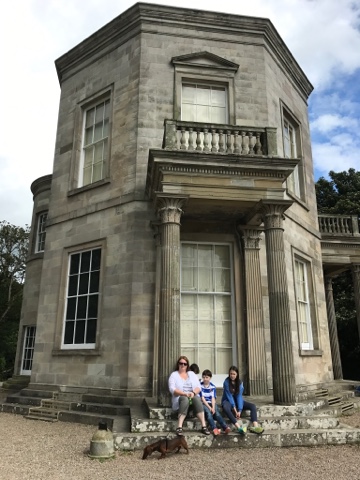 There is a gorgeous view though ... 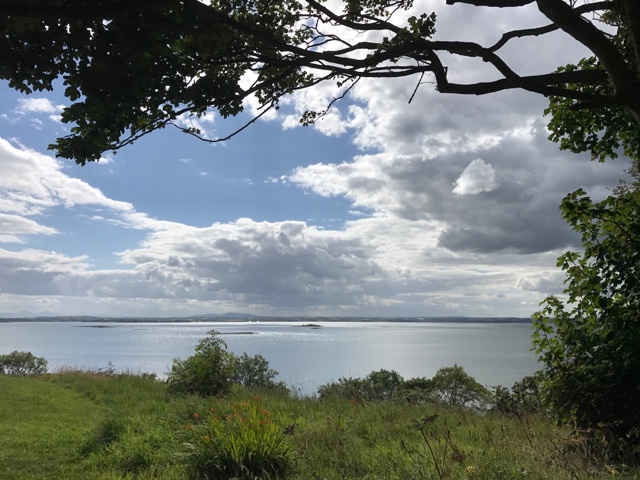 Of course there are also trees to be climbed .... 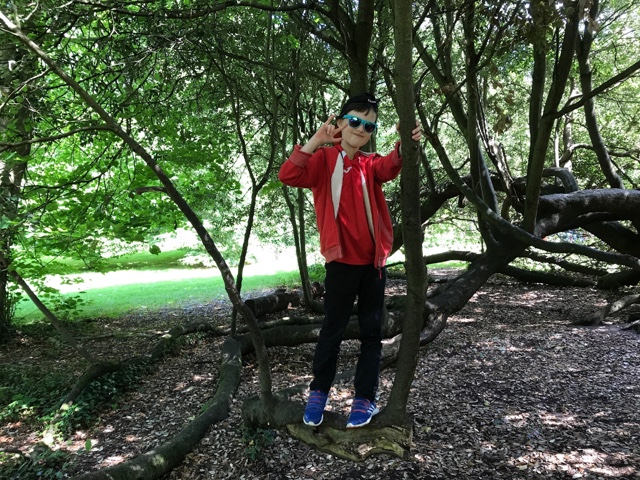 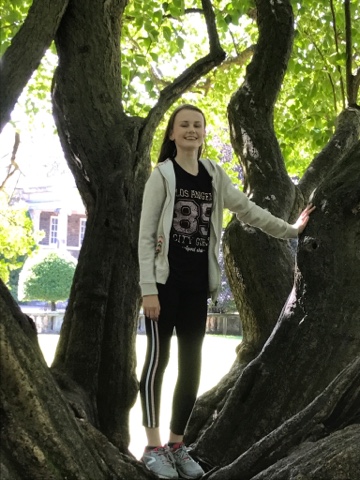 ... and no visit is complete without a photo beside the beautiful Canadian geese mural ... 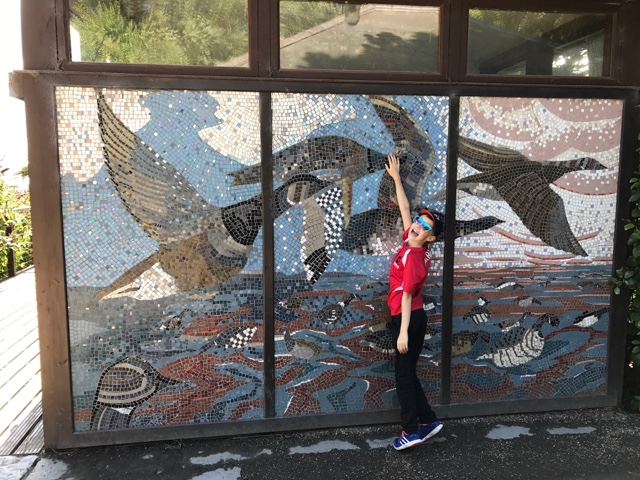 We also visited CastleWard which again is owned by the National Trust, it's a lovely property with a large estate which sweeps down to the shores of Strangford Lough. 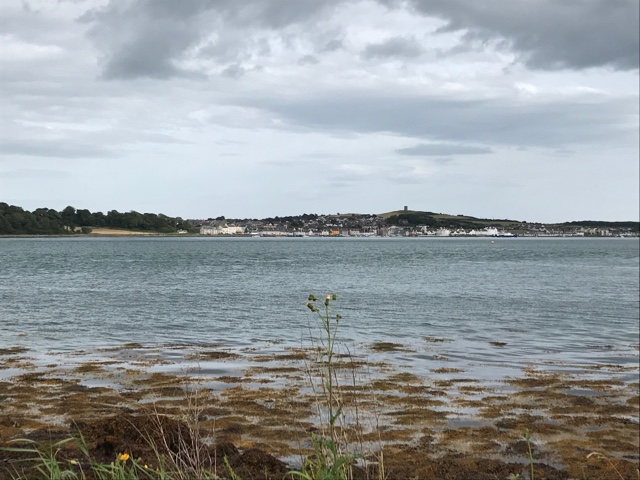 You can see Castleward in the middle, near the bottom, on the map below. 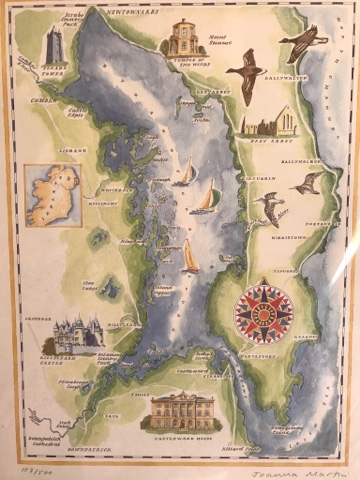 This map is a photo of a painting (not by me I hasten to add!) that we have hanging in our downstairs loo - as you do !!!! You can see just north of Castleward is Audley's Castle. In my family we call is "Audrey's Castle" as we have an Auntie Audrey! No, she doesn't own it !! We walked from Castleward along the shore to Audley's Castle, stopping at various bays along the way to skim stones and soak up the sun.

If any of you are Game of Thrones fans you may be interested to know (or indeed know already) that a lot of Game of Thrones is filmed in Northern Ireland. Most of the rugged sea scenery is the north coast of Antrim for example, and the scenes at Winterfell are filmed at Castleward. Audley's Castle field was also the setting for Robb Stark's camp, and various other scenes. There are lots of Game of Thrones tours and hikes all over the place! It's helped the tourism industry in N.Ireland immensely as people from all over the world make a trip to see the Game of Thrones settings.

Just further east from Castleward is Strangford, from where there is a ferry that goes across the Narrows to Portaferry. Usually on the way home to Donaghadee (which is just north of Ballywalter - but not on the map) we take this ferry - its a small car ferry which takes about 10 minutes - and its fun to stand on deck with the wind in your hair, watching Strangford receding whilst Portaferry edges closer.

This is a view from the ferry of another ferry - the spare ? an old one ? - but basically the same as the one we were on. You drive on one end and straight off the other when it lands (is that the right word lol) at the other side. 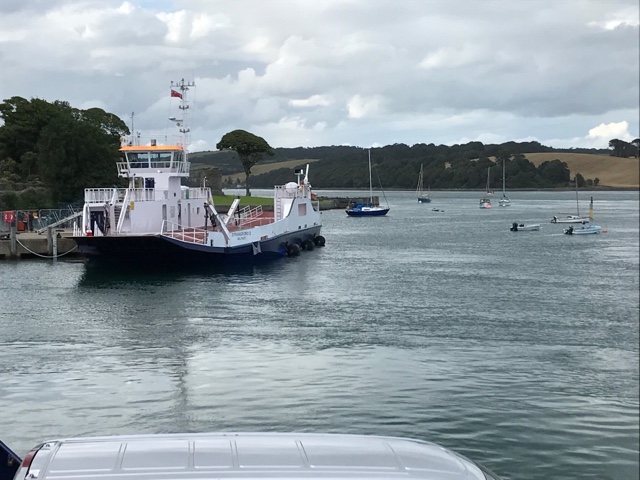 Little Tomboy came on deck with me as Little Miss didn't want to, so she stayed in the car with Pixie. 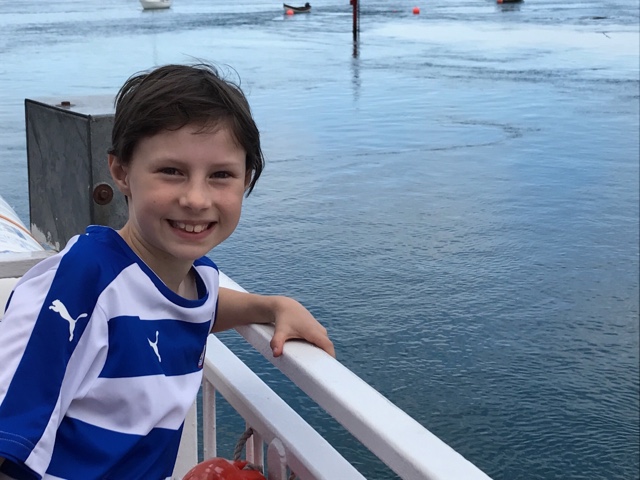 And here are views of Portaferry from the ferry ... 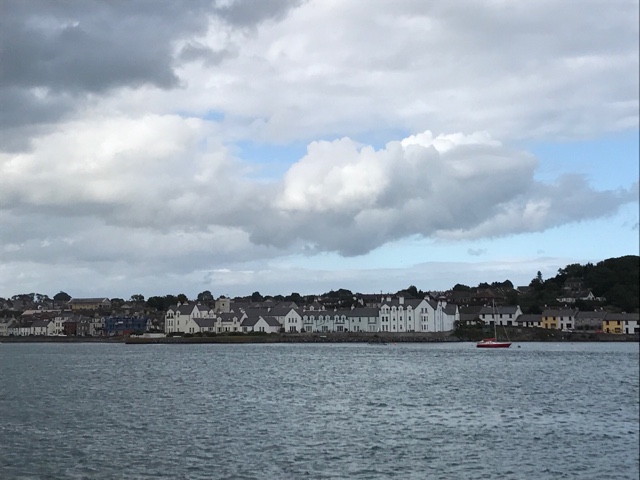 It reminds me a it of Balamory (anyone in the UK with small children will know what I mean!) 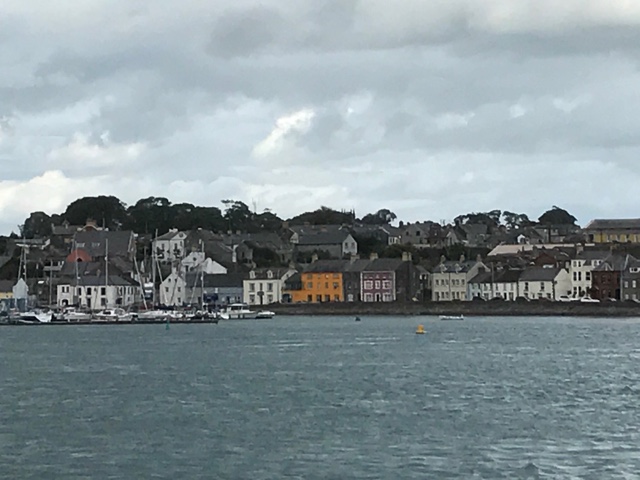 I so love going home home to Norn Irn. There is something about the pace of life that means we are just so relaxed from the minute we arrive. Every day tasks aren't as boring, when its sunny it feels like a real treat, and when its not the wind blows away the cobwebs and the rain makes everything so green and lush. Even the food shopping is made more exciting by the presence of the aforementioned wheaten bread and the local shop sells amazing yoghurts. And that's before we even talk about the ice-cream .... and the local cafes .... in Donaghadee, which is pretty small there are about 10 cafes and umpteen restaurants. We are so lucky.
Where last summer was filled with sadness after my Dad had passed away, this summer felt a little lighter, though there were always be a Dad-shaped hole in my life and of course even more so when we're in Norn Irn. Nonetheless my heart is so happy when I'm there, aaaaah I feel relaxed just re-living these memories as I type.

Til next time,
Jillxxxxx
Posted by Jill at emeraldcottage at 18:53 8 comments: