Hello and Happy New Year ! I've been AWOL for a couple of months, nothing major, just life. 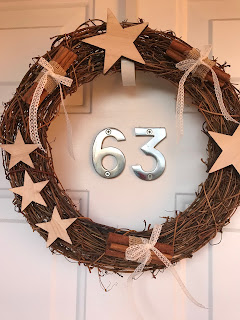 Christmas has been and gone, our house is almost back to normal. School restarts for 1 of my Little People on Wednesday. Little Miss is not impressed at starting back before the other two. She had a birthday in December and is now a teenager so she is being upgraded to Miss 13.  Anyway back to the back to school thing, I always look forward to a long break over Christmas - lots of chilling out in pyjamas, and eating naughty food (surprised there isn't now a national mince pie shortage I've eaten so many) but its always good to get the children back to school so I can attempt to make the house vaguely presentable, and get back into some kind of routine.

I didn't pick up a hook all holidays! I know! Instead I've been cross stitching and doing some card-making. And taking no photos it would appear. I do have some from earlier in December, I was supposed to be doing a couple of craft fairs and made quite a lot of Christmassy bits and pieces. In the end for various reasons I didn't make it to the craft fairs, but everything will keep til next year. 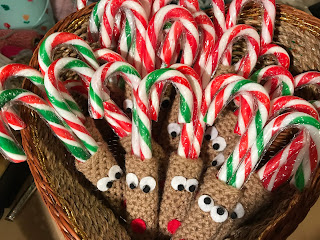 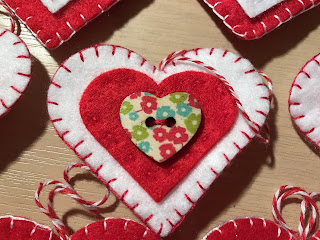 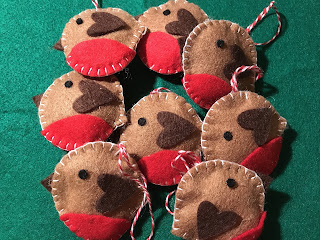 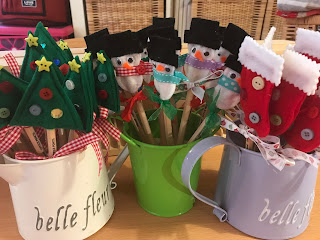 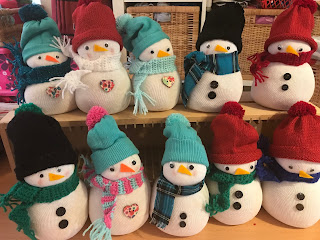 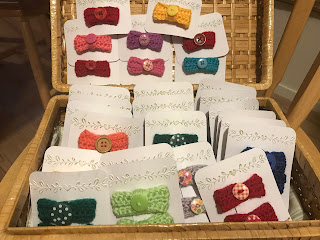 I also have some exciting news to share with you all - back in September I decided to start a local crochet class to teach and support crocheters, called Emerald Cottage Crochet Club. I run it twice weekly and have a number of regulars, some of whom have only just learned to crochet and are doing amazingly well. I've made some little kits for my hookers to make, here are a couple of our Christmassy ones.... 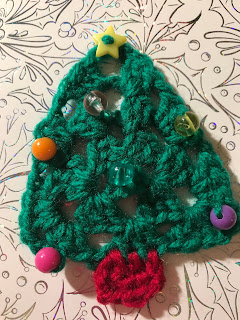 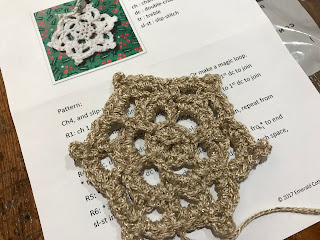 And rather excitingly my local yarn shop took some of the snowflake kits to sell on my behalf!