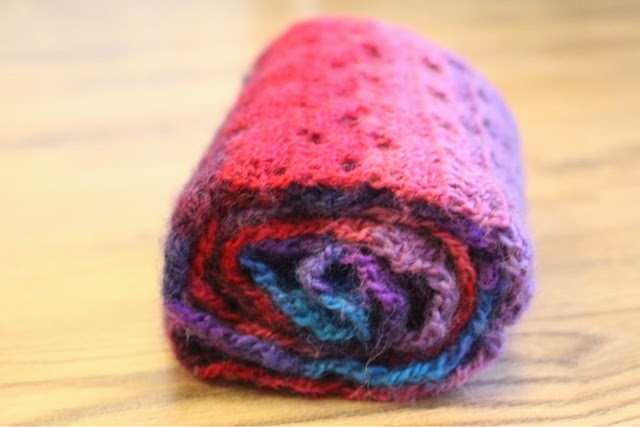 Yesterday I promised to do a Show and Tell of my catchily named granny-stripe-come-simple-filet-crochet-scarf-cowl-thingy, or to give it it's new (and thankfully shorter) name, the Rhapsody Infinity Scarf. 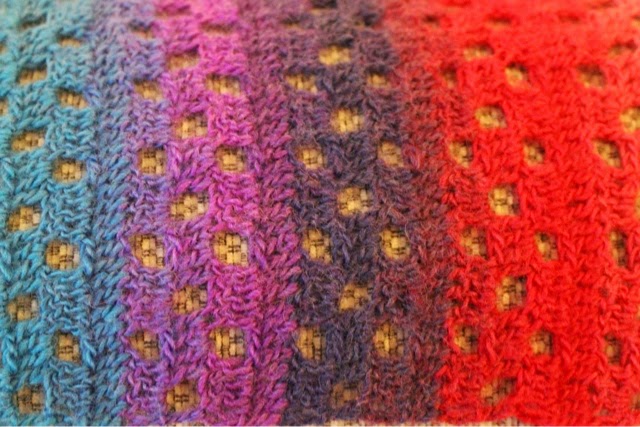 Due to my tiff with Olive (http://emeraldcottage.blogspot.co.uk/2014/09/falling-out-with-olive.html) I had some King Cole Riot DK that needed using up on the flight home from holidays. I fancied making a scarf - my favourite thing to crochet - but nothing on pinterest, ravelry, drops or in any magazine (or book for that matter) seemed simple enough. 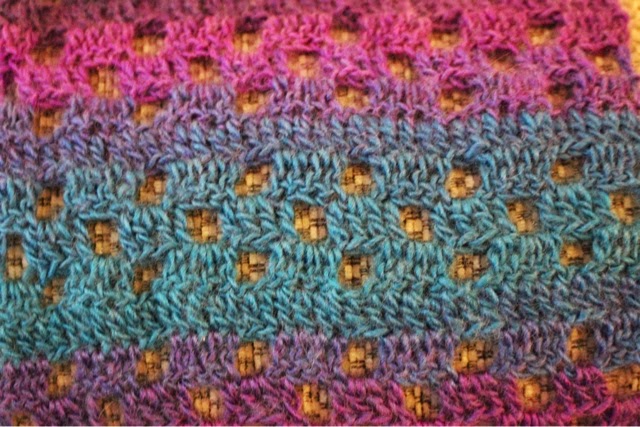 King Cole Riot is self-striping, and I didn't want anything too tricky in case the self-striping didn't do it justice. So I thought - sod it, I'll just make a pattern up. Having never used filet crochet before, I was tempted to give it a go, however I wondered if that was a bit ambitious for the cramped flight home, and reluctantly I decided to leave fancy filet until we were back on solid ground. (Hubby and I have just debated whether or not "back on solid ground" is a saying. We've decided we don't know. And now it just sounds weird. So hopefully you'll know what I mean!) 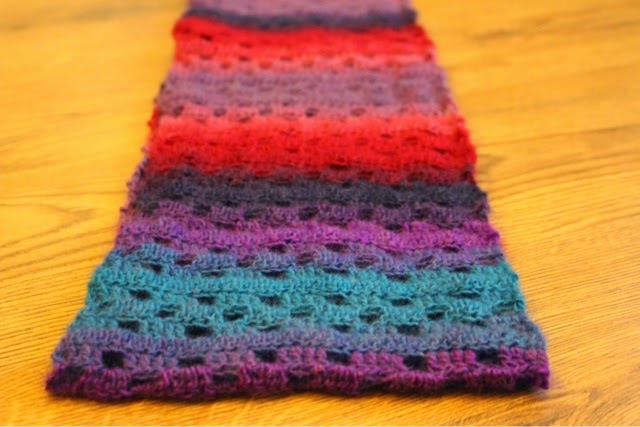 I fiddled around a bit with spacing, and dithered about the rhythm of the repeat. 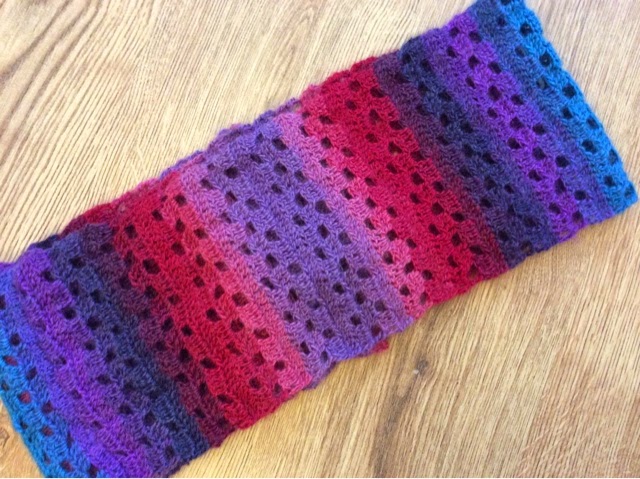 Developing one's own pattern, no matter how simple, and providing you like it (unlike my Olive interpretation :-/ ) is very liberating. You can't really go wrong! You just tweak the pattern! Ok, so it's not quite that straightforward, but I did really enjoy the different part of the creative process. The pattern really was as easy as I hoped, and I churned out the rows on the plane (between sorting out children's drinks and meals, discussing plot twists in the children's movies, taking children to the toilet, convincing children they didn't have appendicitis - yes, really...) 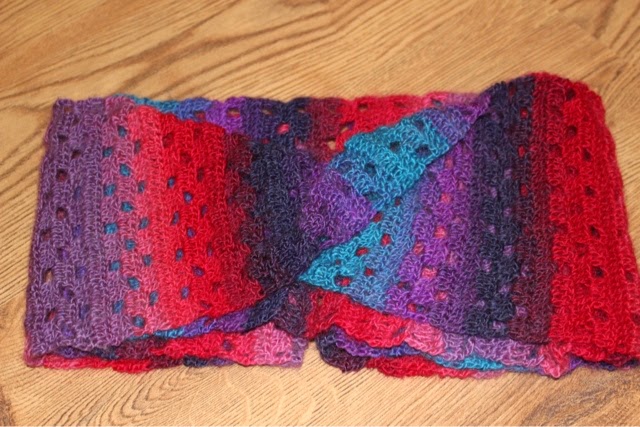 Finally I deemed the scarf long enough and I joined the ends together to form a moebius strip. Did it need an edging ? I didn't think so, after all it's meant to be simple, remember, and the self-stripy-ness wouldn't work that well, at least that's what I think :) 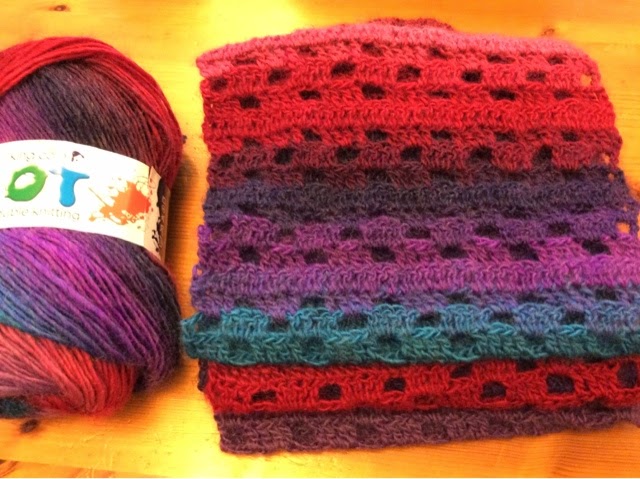 Anyway to get back to the actual pattern. I drew out a little grid thingy (of course I can't find it now to show you) and then realized it's very granny-stripe-ish, but hey, it's mine, and it's a wee bit different (ok not much) and it's my first pattern so I'm very proud of it :) Feel free to use it, post it, whatever but it would be really great if you mentioned me when you do so.

And here it is being modeled by its maker :) (In the absence of convenient dress-form thingamy. Hmm  wonder if I should add that to my Christmas list...) 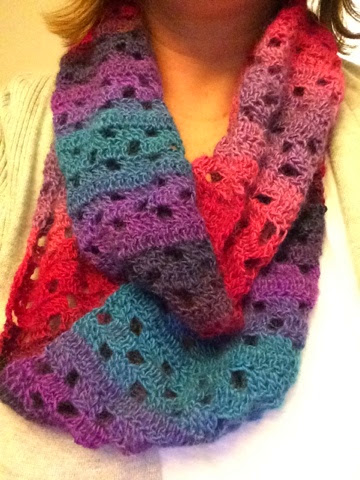 To make up:
Twist starting row of scarf and line up to last row. The twist makes the scarf into a moebius strip, but it is totally optional.
sl-st across, attaching each ch of first row to each tr of final row.
Fasten off.
Sew in pesky ends.

ps: please let me know if I missed anything :)

Posted by Jill at emeraldcottage at 19:48